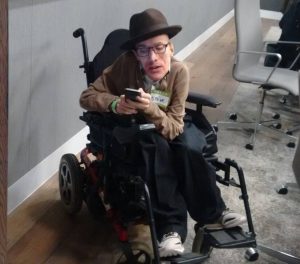 I’m a technology journalist and commentator, and currently write for TechCrunch, a leading global technology news site where I focus on European startups, companies and products.

I first joined TechCrunch in November 2009 as Contributing Editor for TechCrunch Europe, where I worked alongside Editor Mike Butcher to help build TechCrunch’s coverage in Europe.

In June 2011, I took a break from journalism to co-found the London and Prague-based startup Beepl. In my role as CEO, I helped the company raise its first VC round, along with seeing the Question & Answer site through development, and a high profile public launch. Beepl was acquired by Brand Embassy in November 2012.

In addition to TechCrunch, I’ve written for numerous publications, including ZDNet (where I wrote the well-respected blog ‘The Social Web’), The Guardian, Macworld, Times Educational Supplement, and ReadWriteWeb.

I also wrote and directed the critically acclaimed Silicon Valley documentary ‘In Search of the Valley‘, which was released in September 2006.

In 2002, I was made a fellow of the National Endowment for Science, Technology and the Arts and awarded a bursary to support the development of innovative and practical uses of online technologies in a variety of learning environments.

From 2004 to 2005 I served on the board of governors for the University of East London.

I’m an experienced public speaker and regularly appear in the media and on stage. Television, print and online media appearances include BBC, Forbes, CNN, The Guardian, The Next Web, Fast Company, Wired, and numerous others.